This was the first election of the ECA Board of Directors. The alliance was launched on the 9th of September in 2019 as a network of cluster associations. It has a mission to give Europe´s clusters a common voice and create synergies between various activities of clusters at the international level. The ECA aims to position clusters as key agents in the European innovative ecosystem for the development and growth of the economy.

The European Commission has strongly supported cluster development for years through their active involvement in programs such as COSME, INTERREG or HORIZON 2020.

Congratulations to the newly elected Board of ECA from Lithuanian Clusters Network Klaster.LT team! 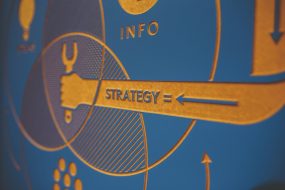 The cluster without direction may collapse in few years

“Implementing cluster policy requires a strategic approach and consistency. A high-quality strategy is the basis of each cluster, which efforts… 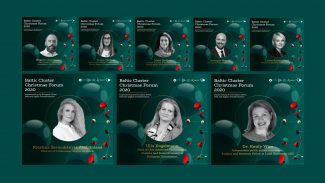 Cluster community wrapped-up 2020: do we want to get back to where we were

The cluster community ended the 2020s with an international forum. The event attracted over 100 participants from all over Europe…. 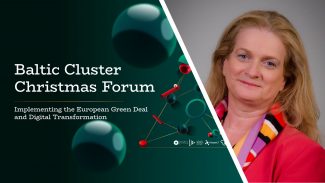 The keynote speaker of the upcoming Christmas Baltic Cluster Forum Ulla Engelmann: clusters have a crucial role to play in economic recovery

Baltic Cluster Christmas Forum 2020, traditionally organized by the Lithuanian Agency for Science, Innovation and Technology (MITA), is of particular…

Lithuanian Agency for Science, Innovation and Technology (MITA) invites clustercommunities and all interested parties to the traditional BALTIC CLUSTER CHRISTMAS…

This website uses cookies to improve your experience while you navigate through the website. Out of these, the cookies that are categorized as necessary are stored on your browser as they are essential for the working of basic functionalities of the website. We also use third-party cookies that help us analyze and understand how you use this website. These cookies will be stored in your browser only with your consent. You also have the option to opt-out of these cookies. But opting out of some of these cookies may affect your browsing experience.
Necessary Always Enabled

Any cookies that may not be particularly necessary for the website to function and is used specifically to collect user personal data via analytics, ads, other embedded contents are termed as non-necessary cookies. It is mandatory to procure user consent prior to running these cookies on your website.